helpers of your joy

THE DISPENSATION OF THE GRACE OF GOD

We, today, live in “the dispensation of the grace of God” to us Gentiles. This dispensation, or program, which God is now conducting is a new program and it is different from His program with the nation of Israel. In this present dispensation, God’s program with Israel is set aside and remains temporarily in abeyance, and the “time past” status of Israel being “nigh” to God and the Gentiles being “far off”, no longer exists. (Romans 11:11 25; Ephesians 2:11 22) According to the apostle Paul in Ephesians 3:1 6, the revelation of this present dispensation, or program, was something God first made known and committed unto him.

“For this cause I Paul, the prisoner of Jesus Christ for you Gentiles, if ye have heard of the dispensation of the grace of God which is given me to you ward: how that by revelation he made known unto me the mystery; (as I wrote afore in few words, whereby, when ye read, ye may understand my knowledge in the mystery of Christ) which in other ages was not made known unto the sons of men, as it is now revealed unto his holy apostles and prophets by the Spirit; that the Gentiles should be fellow heirs, and of the same body and partakers of his promise in Christ by the gospel:”

This present dispensation is something which was a “mystery” before. God kept it secret unto Himself in ages and generations past, and it wasn’t known about before or anticipated. Not until God raised up the apostle Paul and revealed unto him the “mystery of Christ”, was this new dispensation of Gentile grace ushered in.

It is extremely important that we understand the “mystery” character of this present dispensation of the grace of God, and that we don’t make unwarranted assumptions with the testimony of the word of God. Unfortunately, two assumptions are commonly made by many Christians as they handle the Scriptures, which are at variance with what God teaches us through the apostle Paul.

On the one hand, often times it is assumed that the present dispensation is the program which God has always had in effect. On the other hand, the assumption is often made that even though the apostle Paul says what he does about God committing to him the revelation of this new program, it actually began before God raised up Paul. These are two common assumptions, but they are actually misconceptions which conflict with the testimony of Scripture and only lead to confusion and error. That this present dispensation of Gentile grace has not always been in effect, is evident from what the apostle Paul declares in Ephesians 2:11 12.

“Wherefore remember, that ye being in time past Gentiles in the flesh, who are called Uncircumcision by that which is called the Circumcision in the flesh made by hands; that at that time ye were without Christ, being aliens from the commonwealth of Israel, and strangers from the covenants of promise, having no hope, and without God in the world”

But it is just as erroneous to assume that this change in programs was ushered in by God before He says it was. It is just taken for granted by many that this dispensation of grace was in effect before God raised up the apostle Paul, even though God has the apostle Paul repeatedly declare how that God revealed it and committed it unto him. (Eph. 3:1 12; Col. 1:25 27; Gal. 2:1 10;eg) The assumption is made that the “time past” situation of Eph. 2:11 12 ended when the Lord was here upon the earth, as recorded in the Gospel accounts. Or, at least, once He had died upon the cross. But this, we suggest, is also a misunderstanding, and it needs to be corrected.

THE RECORD OF THE GOSPELS

The testimony of the Gospel accounts is that the “time past” situation of Eph. 2:11 12 WAS in effect when the Lord was here. And if that is the case, then it is evident that God did not have this dispensation of His grace in effect during the earthly ministry of our Lord Jesus Christ.

God’s exclusive program with Israel was not only still in effect when Christ was here, it was coming to its climax. Christ had come to be Israel’s redeemer, and to provide for them to have their kingdom and so be the blessing to the world God covenanted for them to be. Israel’s exclusive “covenants of promise” were what everything focused upon. We Gentiles were still “far off” at this time. God’s program was not the dispensing of His grace to us Gentiles as it is today, but rather it was His continued dealings with His people Israel. Consider, for example, the following…

Luke 1:67-79 – This is a prophetic declaration made by John the Baptist’s father at the time of John’s birth. Notice in verses 68 75 that he “blesses” God for what He was doing at this time. It is plain to see from what Zacharias says that God was still dealing with Israel in His special covenant relationship to them. Israel was preparing at this time for the fulfillment of all the things God’s holy prophets had been speaking about. They were preparing for God to “perform the mercy promised unto the fathers” and “to remember His holy covenant which He made with Abraham”. It is obvious from this that God at this time was not bringing in a new dispensation of His grace for us Gentiles, which was a “mystery”. Also, it is obvious, that Israel was not set aside at this time.

It was what the prophets foretold would be established by the coming of the Messiah, the son of David. It was the literal kingdom of the Messiah brought down from heaven to be established in the land of Israel. The prophet Daniel had prophesied the time at which it would come, as recorded back in Dan. 2:44, and 9:24ff. Because the time which Daniel had spoke of was just about completed, the kingdom of heaven was being preached as being “at hand”. Again, it is obvious from this that God’s special program and dealings with Israel were still in effect at this time, and the “mystery” of the dispensation of Gentile grace was not the issue.

Matthew 10:1-7; 15:21-28; Mark 7:24 30 – Here are some passages which show us that the Lord’s ministry at this time was pointedly limited to the people of Israel, and that the Gentiles were not to be dealt with. Notice that the Lord’s commissioning of the 12 apostles involved giving them the power to perform signs which testified to the reality of Israel’s kingdom actually being “at hand”. But especially notice that the Lord instructed the 12 not to preach to the Gentiles, or even to the Samaritans, but they were to “go rather to the lost sheep of the house of Israel”. This was so because it was Israel’s kingdom which was “at hand”, and the program of God with them involved them receiving their kingdom and glory first, and then for them to be the blessing to the rest of the world in their kingdom. Just as the Lord told the Gentile woman, He was sent “only to the lost sheep of the house of Israel”, and “the children” were to be filled “first”. We Gentiles were still “dogs” and “far off” at this time. Again, it is evident the dispensation of Gentile grace was not in effect at this time.

THE RECORD OF THE BOOK OF ACTS

Sometimes it is assumed that when the Lord Jesus was rejected and crucified, that at this time God set Israel aside and ushered in this present dispensation of His grace to us Gentiles. But it should be equally obvious from the testimony of God’s word that this also is not correct. The book of Acts, which records the things which took place following Christ’s resurrection and ascension back to heaven, clearly shows in the opening chapters that God continued to deal with Israel in His special relationship to them. Israel’s kingdom program was still the program God was administering. Consider, for example, the following…

Acts 1:6 – The question of the apostles at this time was a natural one. The restoring again of the kingdom to Israel was what the program was all about at this time. They had just spent some forty days being instructed by the Lord following His resurrection, in “the things pertaining to the kingdom of God”. What they had begun with the Lord was continuing on. They didn’t expect things to change. They didn’t ask about a new dispensation being brought in. And the Lord didn’t correct them, which He would have done had they misunderstood what God was doing.

Acts 2:1 40 – The miraculous wonder producing events of the day of Pentecost are not explained by Peter to be the bringing in of a new dispensation of God’s grace to the Gentiles. But rather, he explained them to be the initial fulfillment of the things the prophet Joel had spoken about. Joel prophesied about the things that would take place in Israel’s “last days” leading up to the establishment of the kingdom. Joel didn’t prophesy about a new dispensation, or the birthday of the church, the body of Christ. He foretold the various signs and wonders that would be taking place as Israel’s time schedule for her kingdom entered its “last days”. “This is that” which was taking place on the day of Pentecost.

Acts 3:12-26 – It is easy to see in view of what Peter says to the people of Israel here, that their kingdom program is still in effect and that God had not set them aside yet. Notice in verses 19 26, that Peter urges them to respond positively to God’s extension of mercy unto them, seeing they crucified their Christ in ignorance. But notice especially that Peter tells them that they lived in the time which all the prophets have looked forward to and foretold of. Peter doesn’t preach about a new dispensation of Gentile grace. He doesn’t set forth “the preaching of Jesus Christ according to the revelation of the mystery, which was kept secret since before the world began”, as was committed by God to Paul later on. But rather, he offers the prophesied kingdom to these “men of Israel”, who were “the children of the prophets, and of the covenant which God made with our fathers”. Obviously, Israel was not yet set aside by God, and His program and dealings were still with them at this time.

There is a need to recognize the significance of the Lord’s unexpected returning from heaven to raise up a new apostle, as the 9th chapter of the book of Acts tells us about. Though various reasons for this have been taught by men, including laxity on the part of the 12 and the like; the reason God Himself gives through the testimony of the apostle Paul is entirely different.

This new apostle Paul is “the apostle of the Gentiles” in accordance with the ushering in of the new “dispensation of the grace of God” to us Gentiles, just as is taught in Ephesians 3:1 12. Israel, and her program, have been temporarily set aside, as Paul teaches in Romans 11:1 25. God has now, according to the revelation of “the mystery of Christ” given to Paul, turned to us Gentiles and is accomplishing a purpose He has with us, which He kept secret “in ages and generations past.”

As Christians, we need to understand the distinctiveness of this new dispensation, along with Paul’s apostleship. For it is in the epistles of Paul, the “apostle of the Gentiles”, that we have the doctrine and instructions from God which are expressly TO us and ABOUT us today. 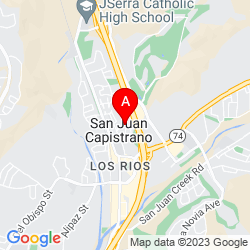